Mariela Alexandra Osorio Ronquillo, an eighth-semester student of the undergraduate degree program in Textile Design and Fashion at the Universidad de Monterrey, will do a three-month intership at the atelier of renowned French designer Anne Valerie Hash.

San Pedro Garza García, Nuevo León, October 25, 2017 – Thanks to the two models which she entered in the International Fashion Student Competition, a student from the undergraduate degree program in Textile Design and Fashion at the Universidad de Monterrey will be going on a student exchange at the atelier of renowned French designer Anne Valerie Harsh.

Contest prizes consisted of internships at internationally renowned fashion ateliers such as Manish Arora, Maison Lesage, Maison Lemaire, and Anne Valerie Hash, as well as scholarships to the Arts of Fashion summer course in Paris.

Mariela Alexandra won the pass to Anne Valierie Hash’s studio, a three-month internship in Paris with the renowned Haute Couture French designer in this competition, which is one of the main fashion contests for students from all over the world.

This year, the contest received 340 projects from students from 111 universities, representing 32 countries. 50 students were selected to present two designs at the runway on October 22 in San Francisco, California. 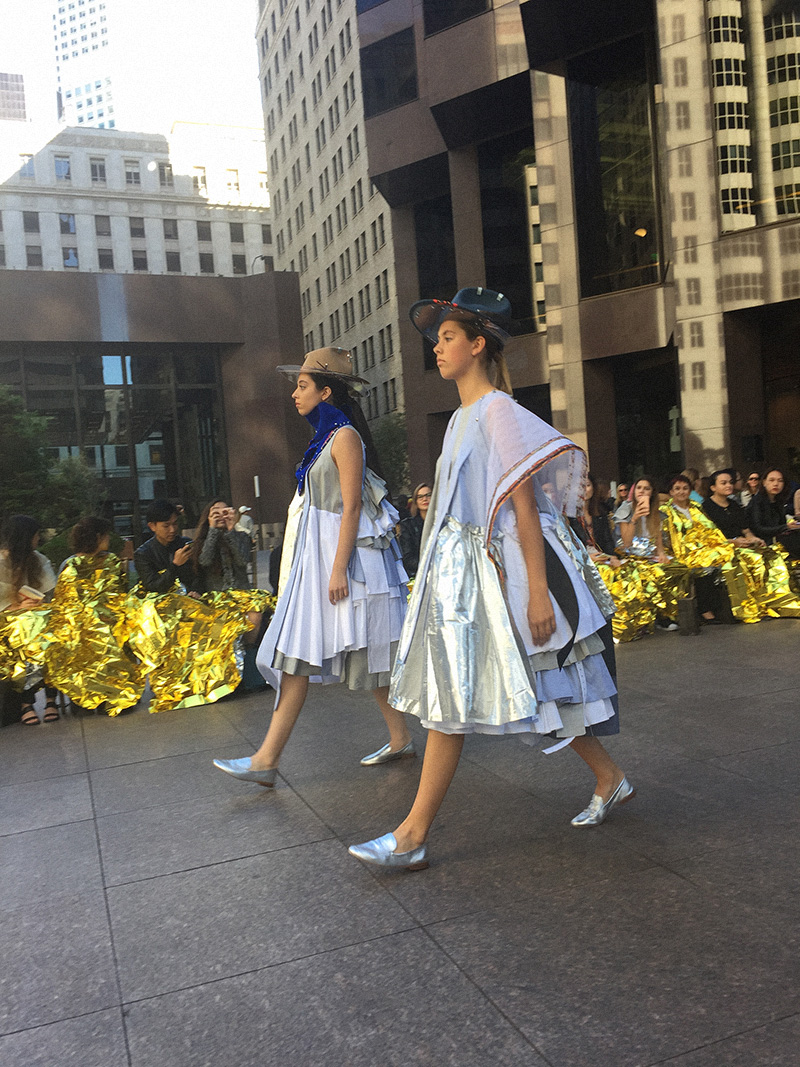 Mariela Alexandra attended the contest in the company of her advisor, Alessandra Perlatti, the director of UDEM’s undergraduate degree program in Textile Design and Fashion.

Anne Valérie Hash was born in 1971, in Paris. In 1991, she started her training at the Duperré School of Applied Arts.

In1995, she graduated from the Chambre Syndicale de la Couture Parisienne, Fashion School. The audacity with which she has approached design throughout her career was rewarded in 2003 with the ANDAM award for fashion design.

In 2007, the book “Moments in time” recounted the first adventures of a fashion house, according to the fashion designer’s web site.

In June 2009, she was presented with the insignia of a Knight of the French Order of Arts and Letters by the Minister for Culture and Communication, Christine Albanel.

In 2001, when she created her brand, her first collection in summer 2002, Fillemâle, attracted notice. In July 2007, she presented a runway show on the official Haute Couture calendar and she was awarded the prized label in January 2008.

There followed a collection for girls, “Mademoiselle” and a second line, Avhashby Anne Valerie Hash. In 2014, she took some time out, with the intention of returning reinvigorated to center-stage, in 2016. 2016.http://annevaleriehash.fr/en/home/